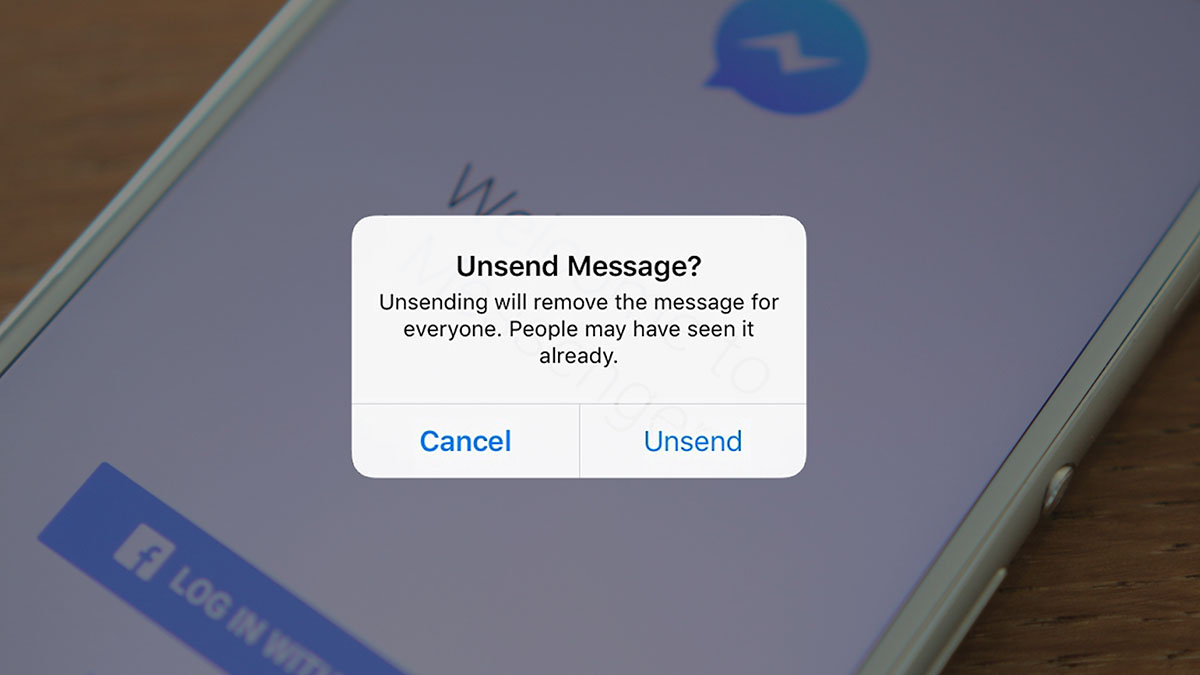 Earlier this year, Facebook disclosed that the company had secretly deleted some old messages sent on Messenger by founder and CEO Mark Zuckerberg. This was highly irregular as normal Facebook users can’t do this if you delete messages from your own inbox, those messages still remain in the recipient’s inbox. Then in April, Facebook said it planned to implement an “unsend” feature for everyone, but gave no further details or delivery date. Now, a first look at this unsend feature has surfaced, as spotted by TechCrunch.

Tech tipster Jane Manchun Wong tweeted screencaps of the unsend feature in use on Android. When editing messages sent in a conversation, “Unsend Message” appears above “Delete Message.” If unsend message is selected, a pop-up appears, asking to confirm the choice, saying, “Your message will be removed from the chat, and you.” Wong also says that there will be a time limit for unsending messages, much like Gmail’s “Undo Send” feature that gives a 30 second window after an email is sent to unsend. Wong doesn’t mention what Messenger’s unsend time limit is.

A spokesperson confirmed to TechCrunch that “Facebook internally tests products and features before they ship to the public so we can ensure the quality of the experience.”