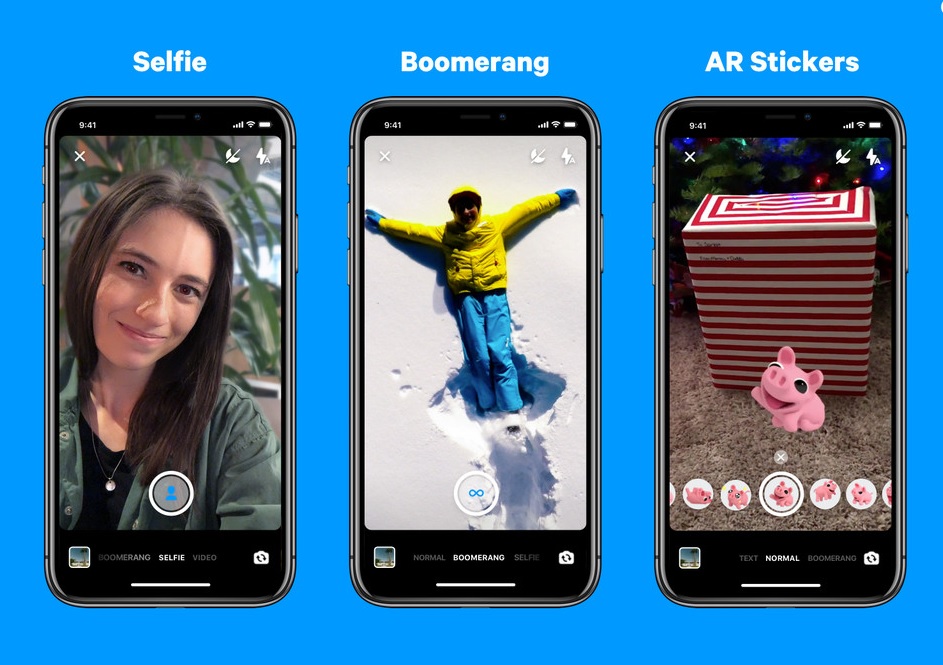 Facebook announced a new camera features for its Messenger app. As well as a new looping Boomerang videos feature, there is also a Selfie mode that automatically blurs out the background, and an augmented reality feature that lets you place Messenger’s stickers in your photos and videos.

With these new features Facebook Messenger now has five different camera modes normal, video, text, boomerang, and selfie just after two months that Facebook announced Messenger redesign. At least they’re well integrated into the interface, on a neat scrolling bar at the bottom of the viewfinder.

Facebook has been offering augmented reality effects for a while now  as selfie masks or world effects, AR stickers are an attempt to pair these effects with the same stickers that can currently be sent through standard text chats. By pressing the camera icon next to a sticker, you can now add that sticker as an augmented reality object.

According to Facebook, Messenger’s new features will become available to a users globally from today, and will be available in both Messenger’s redesigned app and its older version.