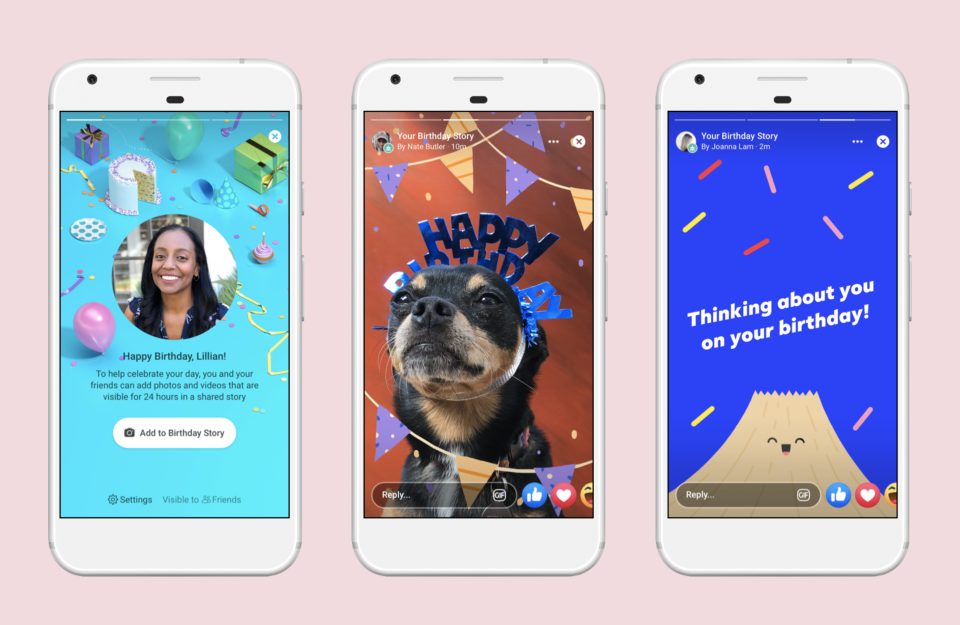 With the new birthday stories feature when a close friend has a birthday, you’ll see a tile in the stories tray inviting you to post a greeting. Tap it and you can take a picture or short video and customize it with your well wishes. You can also use the music sticker to add a soundtrack or you can choose from a selection of digital birthday cards created by Facebook.

But not every friend who is having a birthday will appear as a birthday story in your feed, the company said. Instead, Facebook will attempt to identify your close friends and show only their birthday stories. And if one of your friends adds to a mutual friend’s story, it will appear in your stories feed as well.