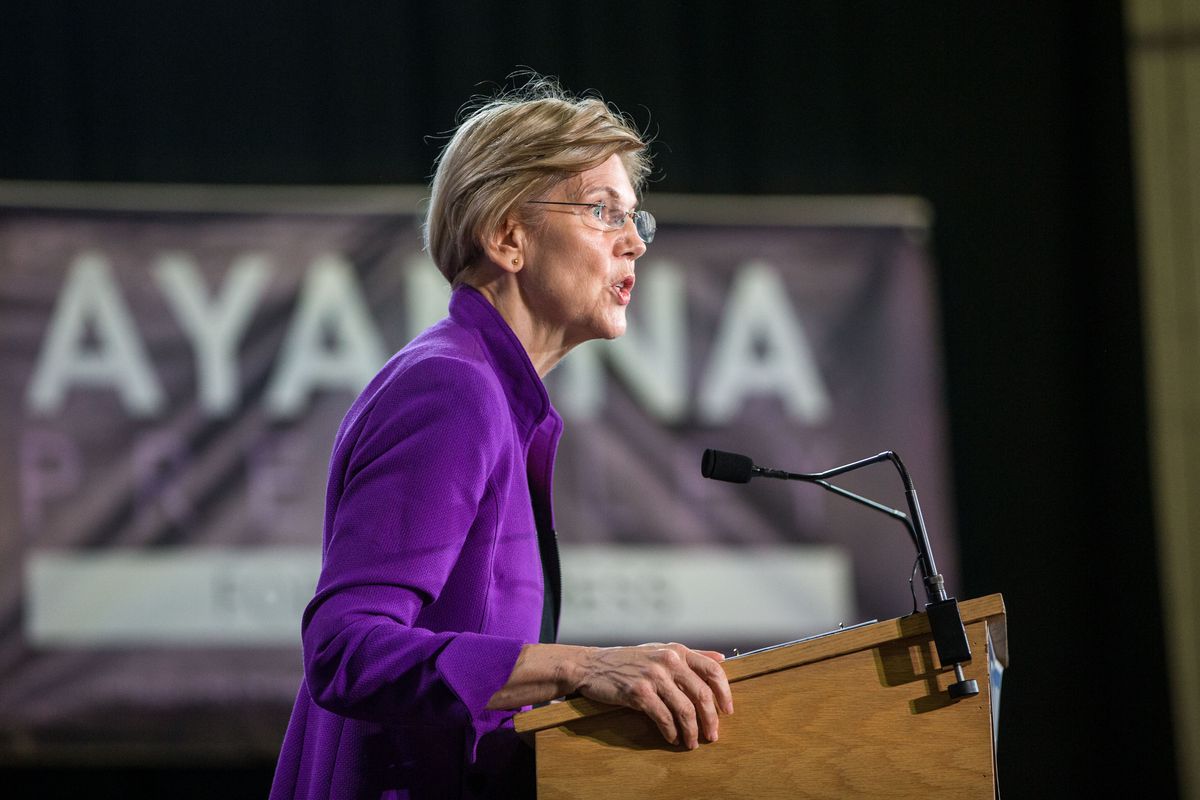 On Wednesday, Sen. Elizabeth Warren (D-MA) introduced a new piece of legislation that would make it easier to criminally charge company executives when Americans’ personal data is breached.

The Corporate Executive Accountability Act is yet another push from Warren who has focused much of her presidential campaign on holding corporations and their leaders responsible for both their market dominance and perceived corruption. The bill, if approved, would widen criminal liability of negligent executives of corporations (that make more than $1 billion) when they commit crimes, repeatedly break federal laws, or harm a large number of Americans by way of civil rights violations, including their data privacy.

“When a criminal on the street steals money from your wallet, they go to jail. When small-business owners cheat their customers, they go to jail,” Warren wrote in a Washington Postop-ed published on Wednesday morning. “But when corporate executives at big companies oversee huge frauds that hurt tens of thousands of people, they often get to walk away with multimillion-dollar payouts.”

One of Warren’s first significant policy proposals focused on the market power of big tech companies like Amazon, Google, Facebook, and Apple, and she suggested that, if elected president, she would work to break up the companies through antitrust law.

For years, discussion on revamping American antitrust law to better account for technology companies circulated primarily in academic circles, but Warren has pushed the discussion into the mainstream policy debate and the 2020 election cycle.

“It’s not equal justice when a kid with an ounce of pot can get thrown in jail while a wealthy executive can walk away with a bonus after his company cheats millions of people,” Warren wrote. “Personal accountability is the only way to ensure that executives at corporations will think twice before ignoring the law. It’s time to stop making excuses and start making real change.”

If approved, executives could face up to a year in jail for their first violation and up to three years for subsequent violations.