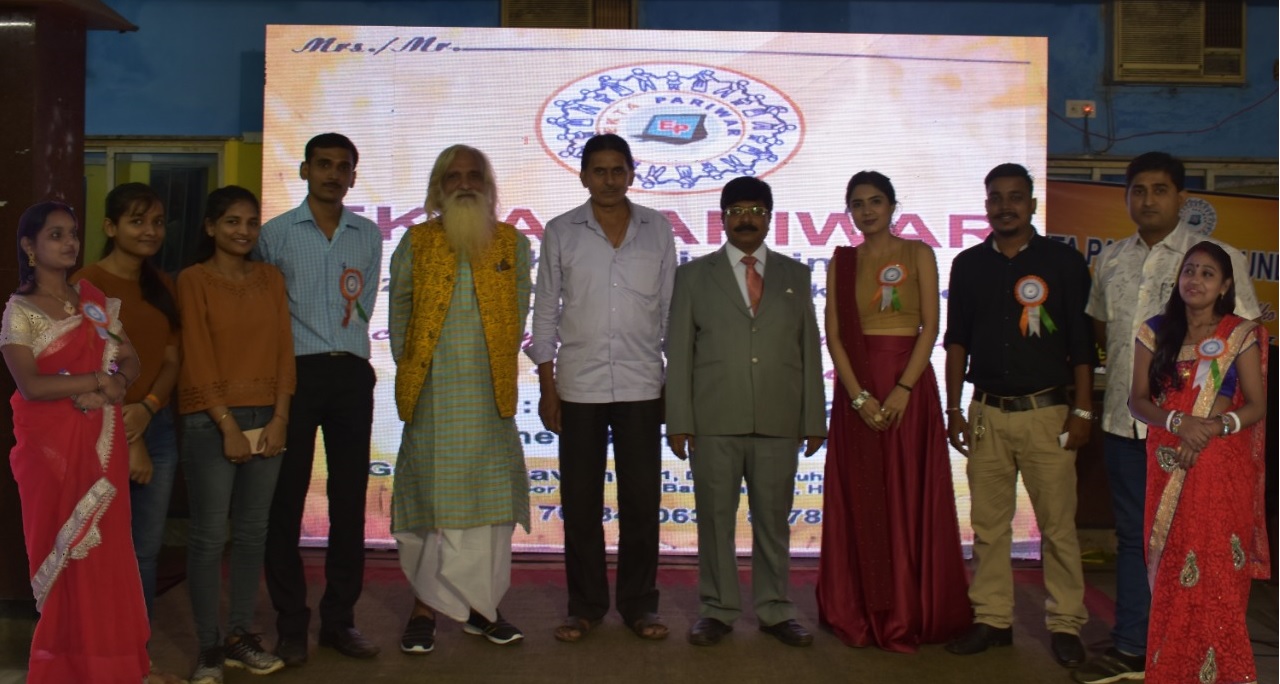 On Saturday evening, the opening ceremony of Ekta Parivar Foundation was successfully carried out in an auspicious atmosphere at Gopal Bhawan in Bandaghat, North Howrah. The Chief Guest was the Bengal State President of the Indian Federation of Working Journalists (IFWJ), and senior journalist Dr. Anand Pandey. He was joined by the other guest which includes the Ekta Pariwar Foundation Director Payal Gupta, IFWJ State Coordinator Amit Rai, Kavita Shrivastava and some others. The program started with Shri Ganesh Vandana. Thereafter, guests were welcomed with floral clusters.

In a short speech senior journalist Dr. Anand Pandey said that government institutions lag behind in economic social development while non-government organizations do effective development. Non-government school hospitals are examples of this. Dr. Pandey said that education should be the field of employment or social work etc. marriage of adolescent girls of needy family, this NGO will set an example of social economic development for the society.

Ekta Parivar Foundation motive is to promote education in India, to help a person build a stress-free society by ensuring holistic healing, donating clothes and other essential items to the underprivileged people of the society. The foundation also aim to work on other matters such as contributing to the Swachh Bharat Abhiyan.

During the program, the organization also announced to bear the all the expenses for the education of two children for one year. Those two students will be Ajit Sonkar and Dynasty Jasoyara. At the same time, the names of four people who were short listed for jobs through a lottery.

The manager of the organization Anup Singh said that the selected people will need to clear the interview to get the job. The names of the the people who were selected are Shambhu Tanti, Kakuli Das, Sujit Singh and Rohit Tanti.

The entire program was organised under the direction of Rohit Kumar Shaw of Shraddham event. The host and anchor Neha Gupta charmed everyone with her talent, and played an active role in making the program successful.