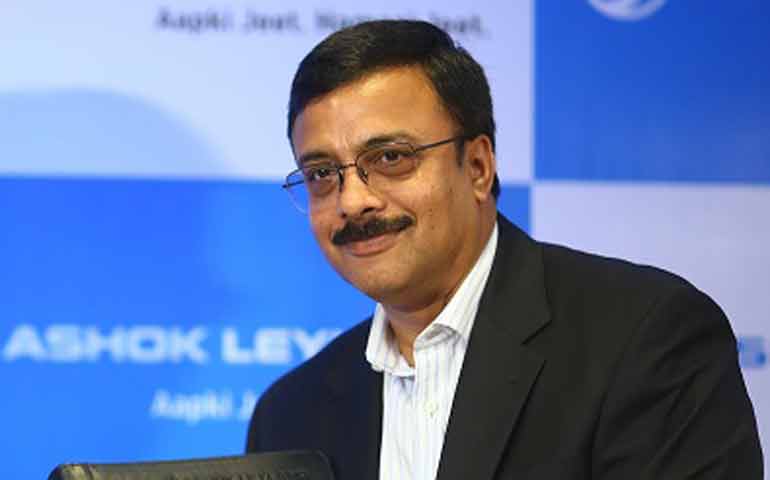 Eicher Motors on Monday, 1 April, said it has appointed Vinod K Dasari as the chief executive officer of its Royal Enfield unit.

Dasari will also join the board of Eicher Motors as an executive director with immediate effect, the company said in a regulatory filing.

In order to propel Royal Enfield as a global motorcycling brand, Vinod Dasari takes over from Siddhartha Lal who will continue as the managing director of Eicher Motors Ltd.

Prior to joining Royal Enfield, Dasari was the CEO and managing director of Ashok Leyland, a position he held since 2011. He joined Ashok Leyland as the CEO in 2005.

“Personally for me, working with a consumer brand will be a tremendous learning opportunity, and professionally, I am looking forward to the challenge of creating a global consumer brand from India,” Dasari said.

According to a report of LiveMint, Siddhartha Lal (Current CEO) giving up his responsibilities at Eicher will allow Dasari a free hand in running the business. Lal will only look at the business plans each year and review them quarterly.

Siddhartha Lal’s move to give up the CEO’s post and remain a managing director, allowing Dasari to run daily business is similar to Lal’s father Vikram Lal stepping aside in 1997 to allow Subhodh Bhargava to take over as group CEO and chairman. This was seen as a move to shed the “family business” tag.

Siddhartha Lal took over the reigns a few years later when the business was on the verge of closure and rebuilt Eicher. He split the business into commercial and motorcycle businesses. He’s largely responsible for the resurgence of Royal Enfield as a popular global brand in mid-capacity bikes now, while Eicher’s trucking business is picking up speed in the large and medium capacity trucks segment.