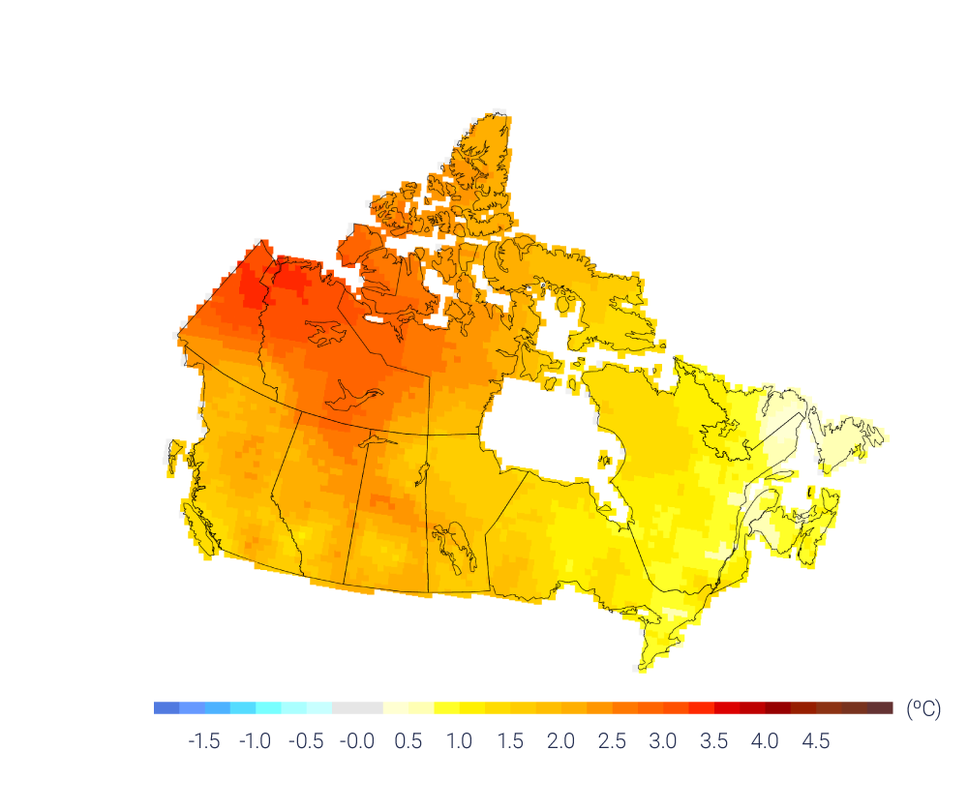 According to a new government report, Canada is experiencing warming at twice the rate of the rest of the world, with Northern Canada heating up at almost three times the global average.

According to the study of Canada’s Changing Climate Report (CCCR) was commissioned by Environment and Climate Change Canada. It says that since 1948, Canada’s annual average temperature over land has warmed 1.7 C, with higher rates seen in the North, the Prairies and northern British Columbia.

In Northern Canada, the annual average temperature has increased by 2.3 C.

Along with these temperature increases, the CCCR says Canada is experiencing increases in precipitation (particularly in winter), extreme fire weather and water supply shortages in summer, and a heightened risk of coastal flooding.

The report was authored by government scientists from the ministries of Environment and Climate Change, Fisheries and Oceans and Natural Resources, with contributions from university experts.

The document says that while warming in Canada has been the result of both human activity and natural variations in the climate, the human factor is dominant, especially emissions of greenhouse gases.

The report also says that under a medium-emission scenario, glaciers in Canada’s west will lose between 74 per cent and 96 per cent of their volume by the end of the century.