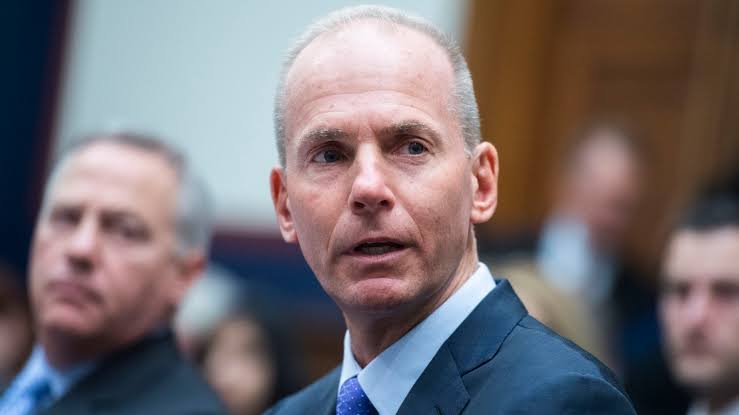 Boeing CEO Dennis Muilenburg has reportedly resigned from the company after one year after the first of two fatal crashes involving the company’s 737 Max aircraft, the company announced Monday.

Boeing says Muilenburg resigned in its press release, though it also says that the board of directors decided that a change in leadership was necessary. The New York Times reports that he was fired.

Muilenburg will also lose his board seat. He will be replaced by David L. Calhoun, who currently serves as the chairman of Boeing’s board of directors. Calhoun will also become the company’s president and will retain his chairman post. There will be a brief transition period while Calhoun exits his non-Boeing commitments, during which the company’s chief financial officer Greg Smith will serve as interim CEO.

In a statement about the leadership changes the company wrote: “[Boeing’s] Board of Directors decided that a change in leadership was necessary to restore confidence in the Company moving forward as it works to repair relationships with regulators, customers, and all other stakeholders”

Muilenburg spent much of 2019 trying to reassure the public of the 737 Max’s safety, while promising shareholders and industry partners that the plane would be back in the air by the end of the year — causing US airlines like Southwest, American, and United to repeatedly revise their predictions for when they’d be able to reintroduce the 737 Max to their respective fleets.

But the Federal Aviation Administration has been methodical with the plane’s re-certification, and has even found new safety issues during that process. The agency now isn’t expected to lift the flight ban until February at the earliest.

During a New York Times conference in November and congressional hearings in October — Muilenburg said he considered stepping down. But he stuck to the the claim that, since it happened on [his] watch. he felt obligated and responsible to stay on it, work with the team to fix it, to see it through.

Muilenburg said he wanted to remain CEO as long as the board allows, despite multiple calls for his resignation.