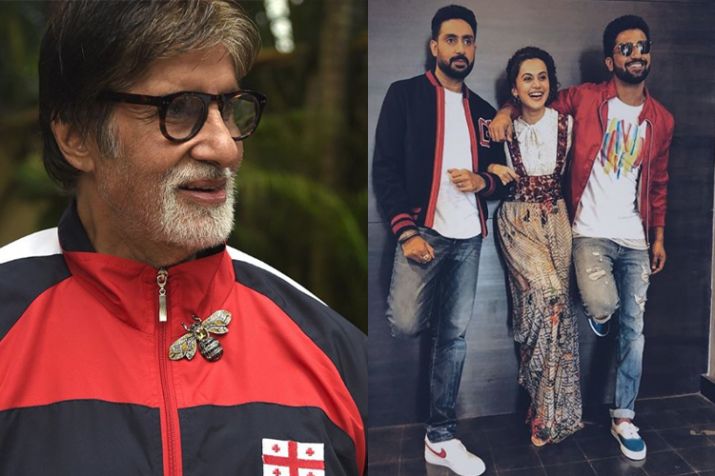 The actors took to Twitter to share the picture of the note and a bouquet Bachchan sent them after watching the film.

Kaushal tweeted, “This means the world to me. Thank You @SrBachchan Sir for this hand written letter of appreciation and bouquet” #Manmarziyaan 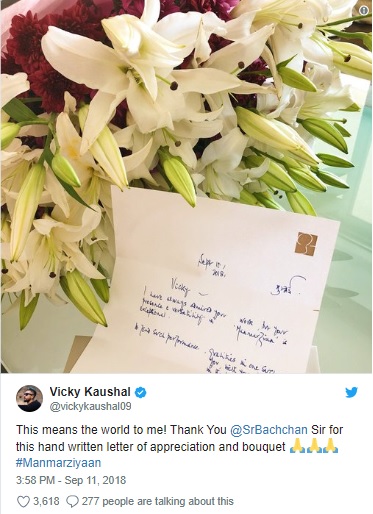 Now Bachchan Sir has always admired his work for his “presence and versatility” and his performance has been “exceptional”.

Pannu, who has previously shared screen space with Bachchan in Pink, shared her photo – sprawled on the floor with the letter in her arms and the flowers by her side.

“Finally! THIS LETTER! A milestone achieved!” the actor, who is set to reunite with Bachchan in “Badla”, tweeted. 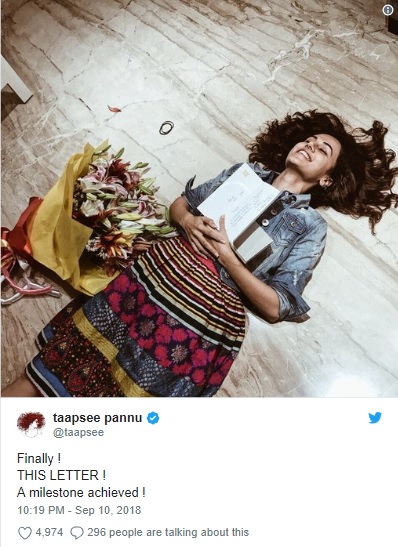 Now this is not the first time that he have send letter to someone parsing there work, in the past actors such as Rajkummar Rao, Deepika Padukone, Ranveer Singh, Ayushmann Khurrana, Sushant Singh Rajput, Kangana Ranaut and Randeep Hooda have received letters from Bachchan. 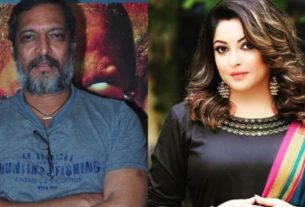 Farhan, Priyanka, and other React to Tanushree Dutta’s Harassment Allegations 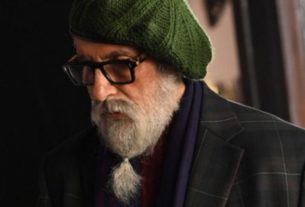 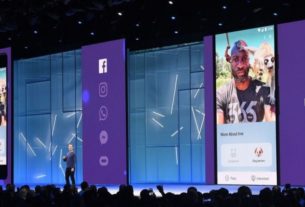