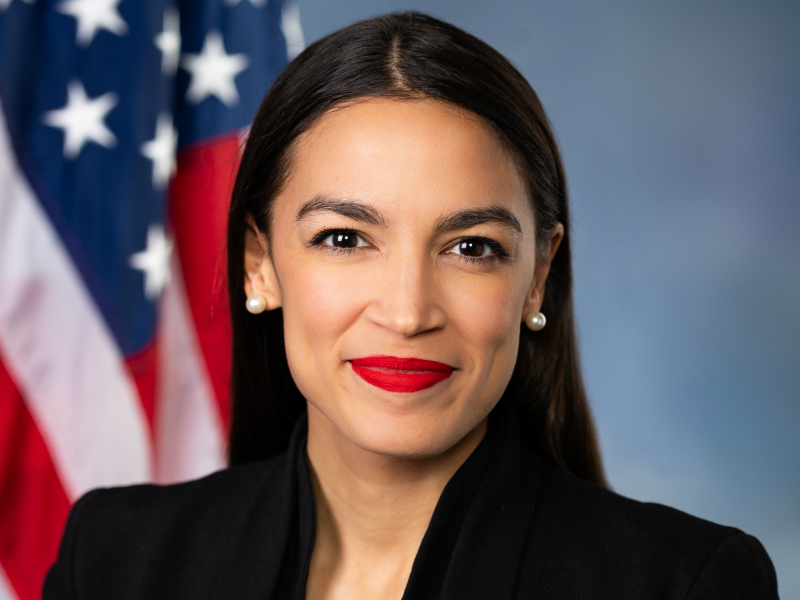 Alexandria Ocasio-Cortez (D-NY) has signed on to a plan to break up major tech platforms, as reported by Politico in its Morning Tech newsletter.

Ocasio-Cortez was endorsing a policy previously laid out by Sen. Elizabeth Warren (D-MA), arguing that because Amazon operates as both a marketplace and the seller of its own products, it has become an antitrust issue. Ocasio-Cortez said Facebook should be broken up for similar reasons.

“Facebook as a basic communications platform while also selling ads and also being a surveillance platform,” Ocasio-Cortez said. “Those functions should be broken up, but how that gets levied and how that gets approached is what we need to take a fine-tooth comb at.”

Earlier this year, Warren proposed that, if elected president in 2020, she would work to break up giant tech firms like Facebook, Amazon, and Google.

In a subsequent interview with The Verge, she made it clear that the same logic would apply to Apple’s App Store. “If you run a platform where others come to sell, then you don’t get to sell your own items on the platform,” Warren said. “What was applied to railroad companies more than a hundred years ago, we need to now look at those tech platforms the same way.”

That proposal has become a sticking point for presidential candidates in recent months, with some approving and others proposing alternative solutions. Pete Buttigieg, presidential candidate and mayor of South Bend, Indiana, said in a CNN town hall last month that he would like to see the Federal Trade Commission empowered with the ability to better intervene in tech mergers, but it wasn’t clear how he would approach that as president.

In comments to Politico, Ocasio-Cortez said Warren’s plan “is something that I am supportive of because taking an antitrust approach I believe is absolutely relevant and it’s appropriate to take.”

Ocasio-Cortez also agreed with Warren that these tech companies should see their formerly consummated mergers unwound and any further acquisitions should be blocked or at least investigated with a far more critical eye from regulators and law enforcement bodies like the Justice Department.