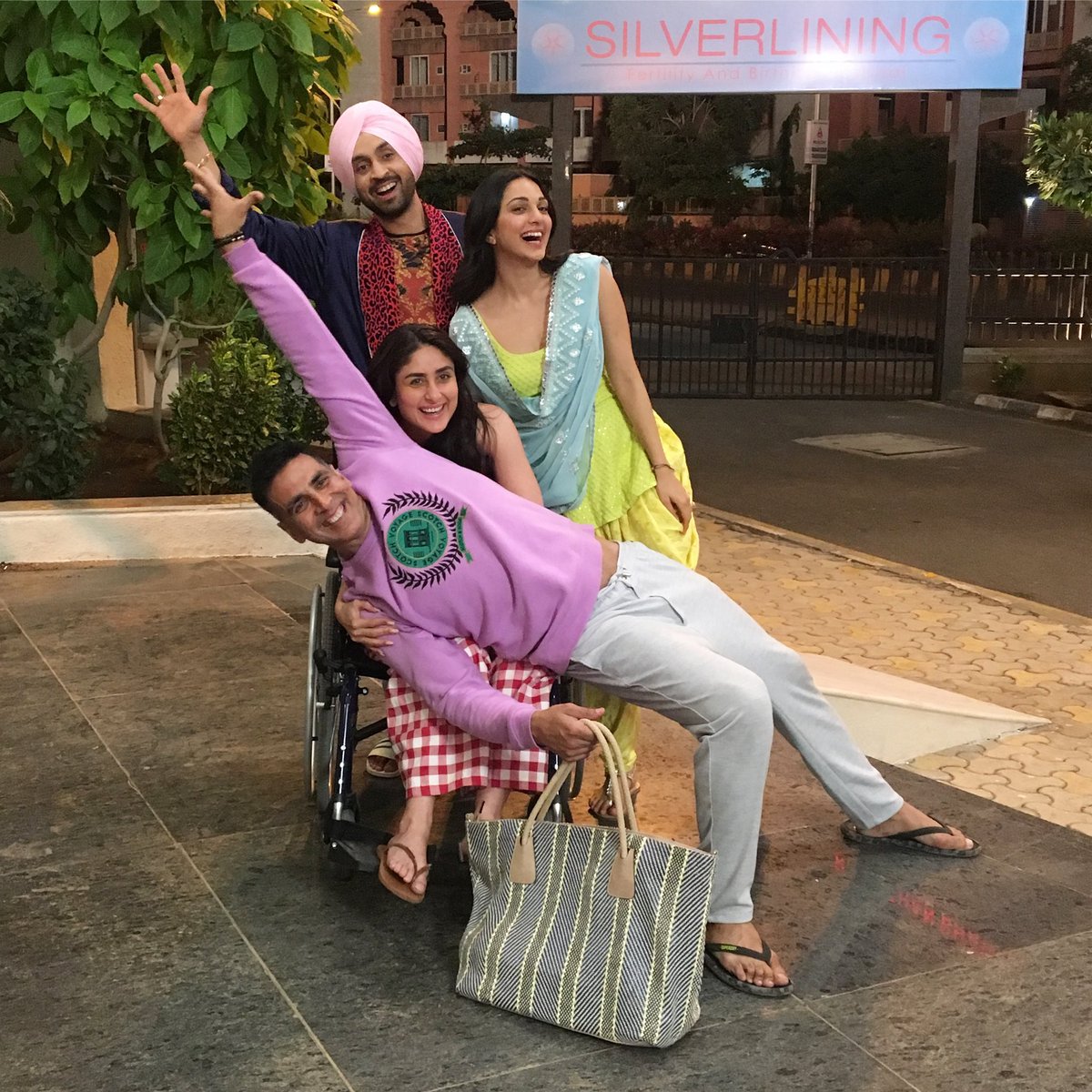 Akshay Kumar, Kareena Kapoor, Kiara Advani and Diljit Dosanjh were spotted having a good time together on the sets of their upcoming film Good News.

Good News is being directed by Raj Mehta and co-produced by Karan Johar’s Dharma Productions and Akshay’s production house Cape of Good Films. It hits theatres on 6 September.