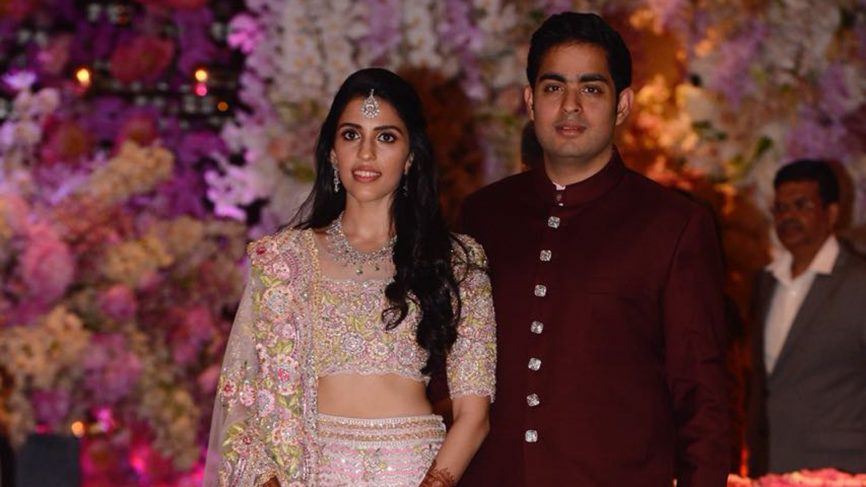 Akash Ambani is all set to get married with Shloka Mehta on 9 March. Shloka Mehta is the daughter of Russell Mehta, MD of diamond company Rosy Blue Diamonds.

The wedding celebrations will start with Akash Ambani’s bachelor party, which is said to be held at St Moritz in Switzerland on 23-25 February, reports India Today. The guest list reportedly include many Bollywood celebs including Ranbir Kapoor and Karan Johar and others.

On 9 March, the Baarat is expected to assemble at the Trident in Mumbai and then move on to the Jio World Centre at BKC where guests will be served high tea. The wedding ceremony will begin at 7:30 pm.

On, 10 March there will be a party which will include top business people, politicians and Bollywood celebs. Akash and Shloka’s families will host another reception, also at Jio World Centre in BKC, on 11 March.

Akash and Shloka are childhood friends. The couple got engaged in June 2018.