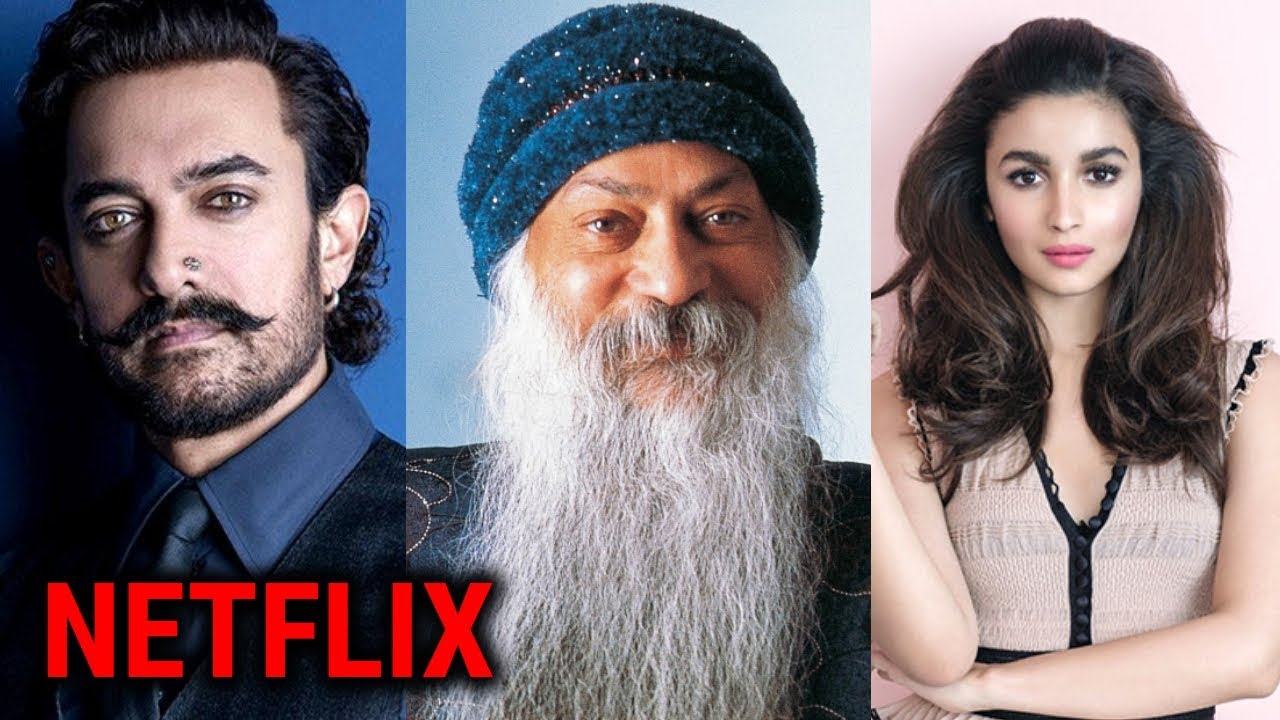 Aamir Khan’s next upcoming movie Thugs of Hindostan produced by YashRaj Films begins to slowly move into action, the actor has reportedly started working on his next biggie. It’s known that Aamir likes to focus on a pet project at a time and the actor hasn’t signed on any film after Thugs of Hindostan. Aamir’s last full fledged feature film was Dangal, which released in 2016. While there was talk of Aamir possibly conceptualising a mega Baahubali-esque adaptation of the Mahabharata in a series of films produced by Reliance, that’s been put on the back-burner for now.

What Aamir has reportedly given his nod to is a series on Bhagwan Shree Rajneesh and his personal secretary Ma Anand Sheela.

According to a source close to the development, Aamir Khan will of course play the controversial godman while Alia Bhatt has said yes to playing Ma Anand Sheela and the project will be produced under the actor’s own Aamir Khan Productions banner for Netflix.

Now Sacred Games has helped to establish Netflix’s Indian originals identity, they’re looking to scale up their reach and increase their subscriber base in the country by a huge margin with a much more massy and mainstream project and what could be better than a feature with Aamir Khan and Alia Bhatt revolving around Osho’s life.

Now, Netflix is naturally aware of the mega success of their original documentary series, Wild Wild Country, not just in India but abroad as well. The popular Netflix original has been acclaimed by critics and viewers alike and has a rare 98% rating on rottentomatoes.com.

The buzz around the series was such that it dominated sections on popular culture on platforms like The New Yorker and Vanity Fair to The Guardian and Vice. Besides the content itself, the reason behind the success of Wild Wild Country was that it was narrated in a true crime format, where the suspense is built with each episode, without any overt analysis or judgement. The makers also invested in acquiring lots of archival footage which made the series much more gripping and relatable for the audience. Also, the subject was different from what was available online – the mix of spirituality, sex, power, betrayal and crime in an immersive documentary format was eminently appealing.

It may also face protests from Osho’s followers, since they were vocal about not buying the narrative shown in Wild Wild Country either. But as with their attitude during the controversy over Rajiv Gandhi’s mention in Sacred Games has shown, Netflix isn’t backing down easily on the face of intimidation and legal cases in India. So who better than Netflix and Aamir Khan could we ask for to tell us the complex and controversial story behind Osho’s life and times. And this could well get Netflix their next 100 million subscribers in India.