Snapchat and Amazon have partenered together for making it easier to buy whatever Snapchat users come across in real life. The companies announced a partnership today that’ll let users point their Snapchat camera at a physical product or barcode to then be redirected to an Amazon pop-up card for that product or something similar. 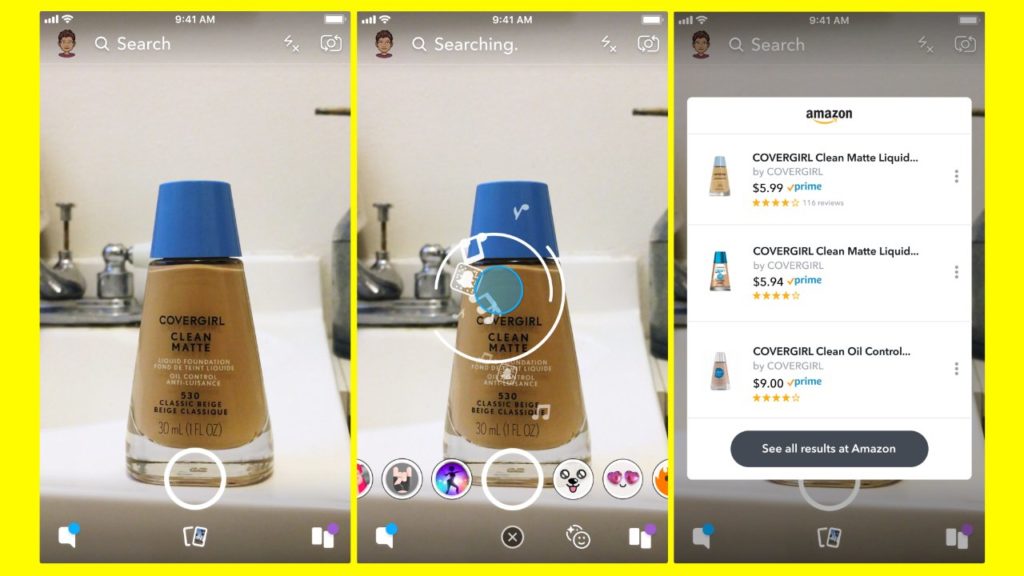 From there, they can load it in the Amazon app or through Amazon.com and then buy the item. Users just have to press and hold the camera screen to activate the function. It’s unclear whether Snap will get a cut of the purchase revenue, with a company spokesperson said that company has “nothing to share at this time.” For now, the partnership is only coming to a small selection of users in the US.

Snap has continuously tried to add functionality to its camera. Users can hold down to identify songs through Shazam, for example, load up augmented reality games, or play with face lenses. Of course, if Amazon is giving Snap some money for every product sold, that might help the company generate much-needed cash. Snap’s stock reached an all time low earlier this month.