Recently Samsung announced the second generation Chromebook Plus, which have some new upgrades such as a second camera and also a new processor.

The second generation of Samsung Chromebook Plus have no changes with it’s size and style from its previous model that was released in early 2017. The device can still switch between laptop and tablet modes, and comes with a built-in pen that doesn’t require any charging for sketching and note taking.

The major change you will found is the processor, which has been upgraded from an ARM based chip to an Intel one. The previous model of Chromebook Plus used an ARM based chip to help it to run Android apps it also used a chip specifically picked by Google for this purpose.

A secondary rear facing 13 megapixel camera will be added alongside the 1-megapixel front-facing camera  for video chatting. There’s also a Micro SD card reader for extra storage and two USB-C ports along with a 12.2-inch screen with a 4K display. The Chrome Book Plus able to run about eight hours on a single charge. 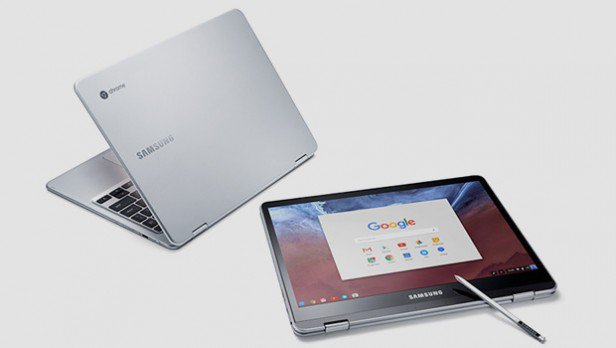 The ARM processor was the only difference feature between the Chromebook Plus and the Chromebook Pro, which were released alongside each other last year. The Pro featured the more powerful Intel Core processor, and this new Plus model will feature an Intel processor as well, but from the lower end Celeron line. The chip needs to be faster, though it may not run Android apps. There has not been a announcement made on whether an upgraded Pro model will be coming .

The Chromebook Plus Second Generation will be available for purchase at Best Buy from June 24th for a price of $499.99.