Actors Rajkummar Rao and Boman Irani started shooting for Made In China on Tuesday, which is being directed by Mikhil Musale whose Wrong Side Raju bagged the National Award for Best Feature Film in Gujarati. 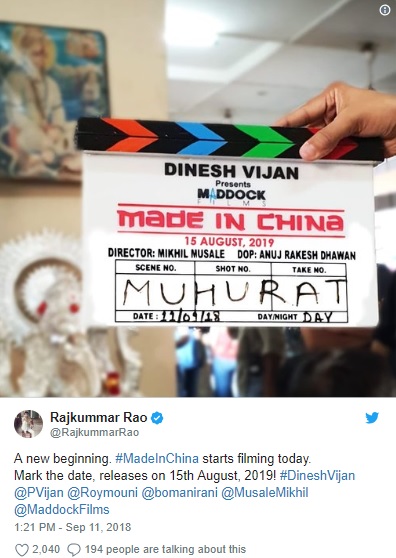 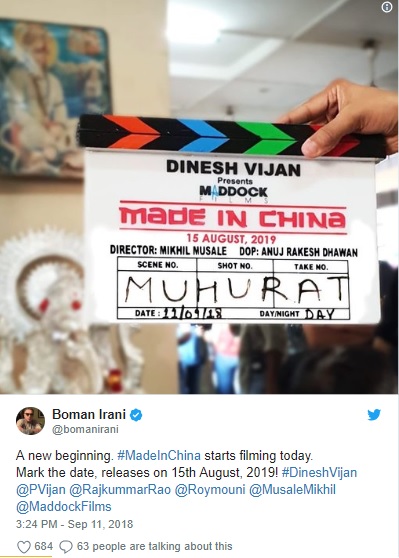 The upcoming film is a hilarious take on a struggling Gujarati businessman and the bizarre journey he undertakes to become a successful entrepreneur.

It also stars Mouni Roy. It is being produced by Dinesh Vijan under the banner of Maddock Films.