After being selected as replacement for the injured Hardik Pandya, Ravindra Jadeja starred for India in their Super Four match against Bangladesh on Friday. Drafted into the playing XI straight away, Jadega returned figures of 4/29, which were chiefly responsible in India bowling out Bangladesh for a paltry 173.

The run-chase would thereafter be a matter of formality. The openers Shikhar Dhawan and Rohit Sharma stitched together a partnership of 61 to lay the foundation, after which the captain stitched partnerships of 45 & 64 with Ambati Rayudu and MS Dhoni respectively to pretty much seal the chase.

India won the match by 7 wickets with 13.4 overs to spare. 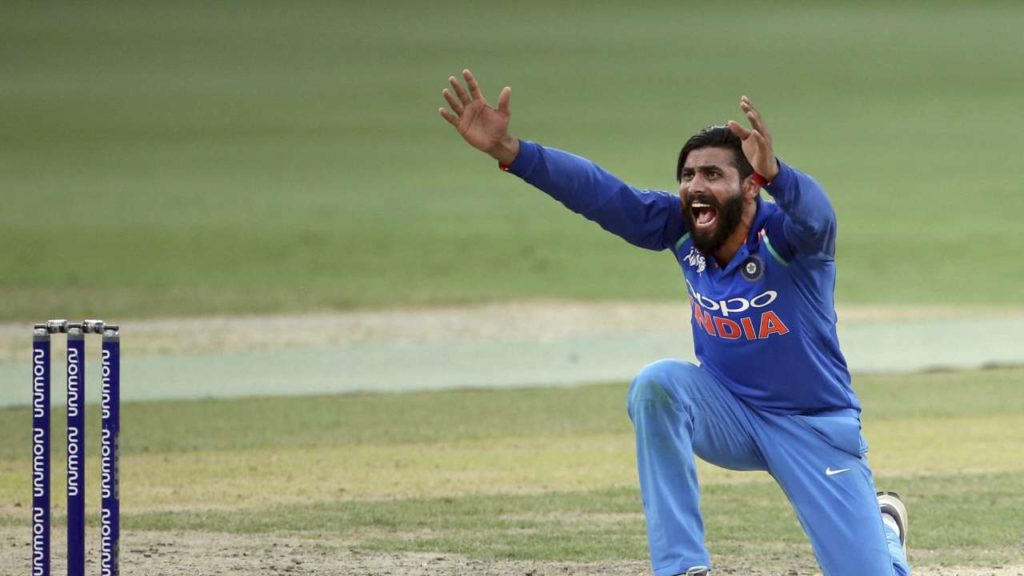 Jadeja being called up to the team was pretty much a surprise. Especially considering the performance in his last few 50 over matches. Jadeja had gone wicket-less in his last 11 one-day matches and had an economy of 5.15.

When the opportunity came his way out of the blue, the left-arm spinner grabbed it with both hands; playing his first ODI since July 2017, Jadeja once again served a reminder of what he had to offer.

The left-arm spinner was handed the ball for the first time in the tenth over, and he didn’t make the best of starts, over-stepping the bowling crease the second ball he bowled. After being hit for consecutive boundaries immediately after, he struck for the first time when he had the experienced Shakib-al-Hasan caught at square-leg. Jadeja’s action-packed first over saw 13 runs scored and a wicket.

In his fourth over, Jadeja’s arm-ball accounted for Mohammad Mithun, and in his following over he had Mushfiqur Rahim caught at short thirdman.

After a sensational first spell – which read 8-0-27-3, Jadeja added one more wicket in his final over to finish with figures of 10-0-29-4 – the best figures by a left-arm spinner in the Asia Cup.

Once Jadeja had bowled out at the end of the 34th over, Bangladesh’s lower order believed they could survive and bat through to the end. Captain Mashrafe Mortaza and Mehidy Hasan Miraz got together when the scoreboard read 101-7, added 66 runs in an 8th wicket partnership and helped their team to a respectable total.

Team India was not going to be tested by a target of 174. And they weren’t. The opening pair once again laid the foundation for the chase, adding 61 runs in 14.2 overs; Shikhar Dhawan was the aggressor in the partnership scoring 40 off 47 balls while Rohit Sharma contributed 21 runs off 39 balls. After Dhawan’s dismissal, the captain took charge and saw the team past the finish line; he finished unbeaten on 83, his innings studded with 5 boundaries and 3 sixes.