The earthquake and tsunami that hit Indonesia’s central Sulawesi province has claimed many victims, a disaster official said on Saturday, 29 September, as rescuers raced to reach the region and an AP reporter saw numerous bodies in a hard-hit city.

Disaster agency spokesperson Sutopo Purwo Nugroho told a press conference that four hospitals in the central Sulawesi city of Palu have reported 48 dead and hundreds of injured. He said “many victims” are still to be accounted for. 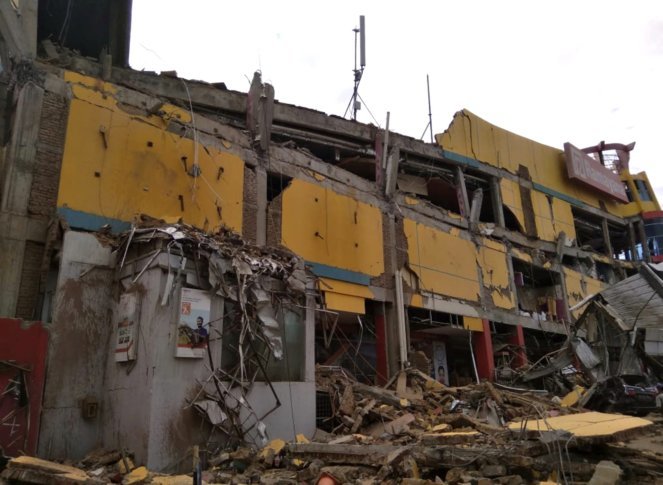 In Palu, the capital of Central Sulawesi province, a large bridge spanning a coastal river had collapsed and the city was strewn with debris. The city is built around a narrow bay that apparently magnified the force of the tsunami waters as they raced into the tight inlet.

An AP reporter saw bodies partially covered by tarpaulins and a man carrying a dead child through the wreckage. Indonesian TV showed a smartphone video of a powerful wave hitting Palu, with people screaming and running in fear. The water smashed into buildings and a large mosque already damaged by the earthquake.

Nugroho said the runway of Palu’s airport is not damaged and essential aircraft can land there. UN spokesperson Stephane Dujarric said UN officials were in contact with Indonesian authorities and “stand ready to provide support as required.”

Indonesia is prone to earthquakes because of its location on the “Ring of Fire,” an arc of volcanoes and fault lines in the Pacific Basin.