It appears that GoPro’s next camera has been leaked via a store display. An Imgur user posted a series of images which shows the company’s Hero 7 camera, which is expected to be announced later this month.

The camera appears to be available in different three colors white, silver, and black. The display also shows off some of the usual features that we’ve seen with prior models, like image stabilization and that it’s waterproof up to a depth of 33 feet. A couple of the models appear to come without a front screen, echoing what we saw with the Hero 4 line, where the silver model came without the screen, while the black version did. 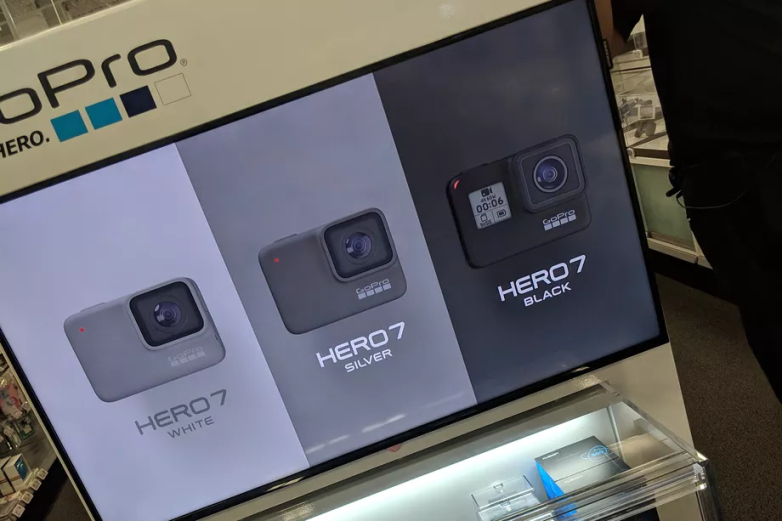 Now GoPro has had a rough time couple of years. It has cut its camera lineup to three models in the spring of 2016, in an effort to focus its lineup and cut costs, launched a 360-degree camera called Fusion and the Hero 6 camera last year, which bumped up the specs from prior models. It also got out of the drone business this past spring. Those efforts to slim down a bit appear to have succeeded, the company had a profitable quarter last year. Earlier this year, the company released the Hero, a new entry-level camera, and indicated that others would follow later this year.