On August night in New York, Drake has chosen to surprised his fans by sharing the stage with a non human entity. As he bounces around the stage during “Elevate,” a cloud of drones illuminates the dark space above him.

Drake is an artist shaped by the internet, one whose latest meme frenzy of a song, “In My Feelings,” defined the entire summer through dance challenges and memes. It’s not surprising that the artist would incorporate buzzy, high-tech entertainment into his tours. It is shocking that he’s still one of the few stage performers to do so, given the popularity of the aerial devices.

Drone company Verity Studios has been steadily building its live performance profile. Its drones have flown in performances by Cirque du Soleil and Metallica. But the Canadian rapper represents a new high point, says Verity founder Raffaello D’Andrea. “Drake is about as good as we can get.” 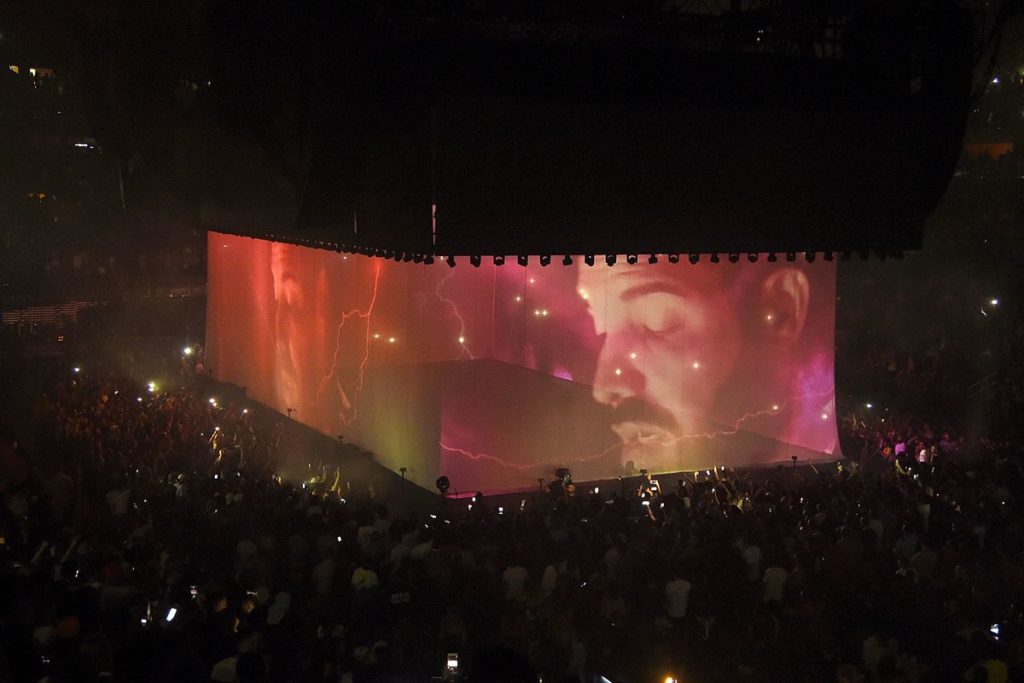 Flight conditions for drones are tricky and vary by venue. An outdoor concert has to contend with weather, while an indoor performance has space constraints. Flying over people is a tricky task; one malfunction could send the machine plummeting into a crowd, resulting in bodily injury or worse. In the case of Drake’s concert, they fly solely around the performer,Drake himself.

For the show Drake required 200 autonomous drones that were assembled and shipped in less than 30 days. The company doesn’t tour with the artist, but it provides equipment that his team’s own operators can start and stop during performances. According to D’Andrea, the team made over 40 changes with Drake’s people to finalize the performance. 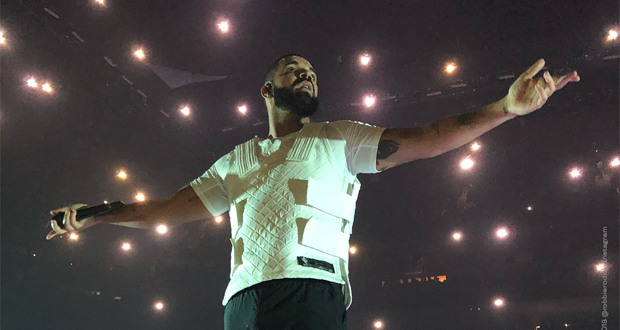 Now Verity’s drones are only active for a handful of songs, not the entire performance. Their presence is a quiet one, wherein they hover as a little light show around the singer. From a distance, they look a bit like fireflies on a summer night. Close up, it’s hard to tell what formation they’ve taken around the singer. They exit as quietly as they appear, and the show moves on.

The show was quite impressive and has been loved the the audiences very much. During different parts of the show, the stage transforms into an iPhone scrolling through Drake’s Instagram account, as well as a laser-lit basketball court, and a flying yellow Ferrari briefly hovers above the crowd at one point.

D’Andrea says Verity hopes to expand its abilities beyond simple light shows. That may include costumes, or even the ability to safely fly around the audience. “I don’t know if drones are the future of entertainment, but I do think robotics and AI has a huge potential in live events.