A new person has recently joined the political landscape of Madhya Pradesh and it is aiming to unite the 21 percent tribal population of the state, at the cusp of the all-important Assembly elections. Led by former AIIMS doctor Dr Hiralal Alawa, Jay Adivasi Yuva Shakti, popularly known as JAYS, has already set the ball rolling with their new slogan ‘Abb ki Baar Adivasi Sarkar’.

Alawa’s JAYS plans to contest 80 out of the 230 Assembly seats in Madhya Pradesh. Of these 80, 47 are reserved for the Scheduled Tribes and Dr Alawa claims that the remaining 33 seats are home to around 50,000 tribals.

On 2 October, Dr Alawa organised a massive farmers’ rally Kisan Maha Panchayat at Kikshu Tehsil of Dhar district, around 160 km away from Indore. Members of various tribal communities danced their way into the local farmers’ market which was the venue for the mega rally which had close to 4,000 people in attendance. Dr Hiralal Alawa Said:

“Farmers are committing suicide across this state and country. The incumbent governments at both the Centre and state are not doing anything to curb these deaths. We here at JAYS have declared ‘Abb ki Baar Adivasi Sarkar’ and we intend to bring it to action this year by electing a CM from the tribal background.”

He further added, “This is a show of strength and an ultimatum to the central and state government that if they continue to oppress the poor and the downtrodden then they do not have the right to govern us.” 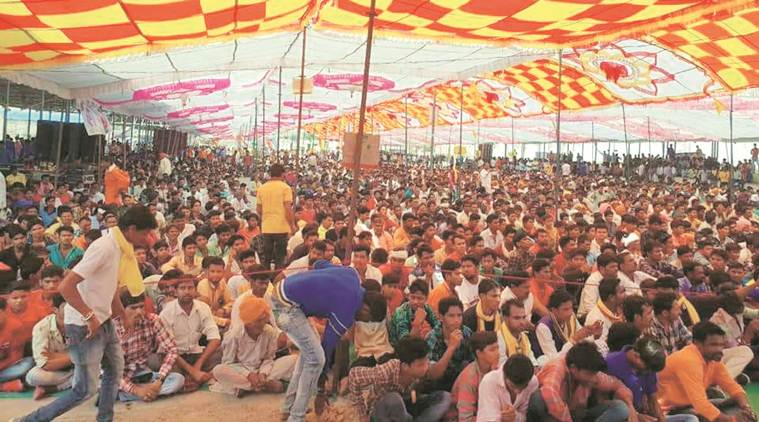 Bollywood star Govinda, who Dr Alawa said was sympathetic to the plight of the tribals in the state. Was the star attraction of the rally and the actor danced to his own songs on the stage. However, he couldn’t stay for long as the crowds became rowdy and departed in just 15 minutes.

Before leaving, the former Congress MP Govinda made it clear that he had not come to Kukshi to make a political statement and that he was standing on neutral ground. Instead he was here to promote his upcoming movie. As soon as the actor left, the the crowds thinned and the speakers were left addressing a smaller audience who stayed back after they were given assurances that Govinda will return.

In another two months it will become clear whether JAYS has the ammunition to dent the incumbent BJP and become the kingmaker. Amazon will reportedly fall under antitrust oversight from the FTC