After the defeat of the Bangladeshi cricket team against India at the 2018 Asia Cup final, a group of Bangladeshi hackers on 29 September, hacked into Virat Kohli’s official website to protest against an ‘unfair decision’ of the umpire during the match, Dhaka Tribune reported.

According to the Bangladeshi national daily, Cyber Security & Intelligence (CSI), a Bangladeshi hacker community posted a collage of four photos on Kohli’s official website, alleging foul play during the Asia Cup final and also asked the ICC to take stern actions against the umpire. 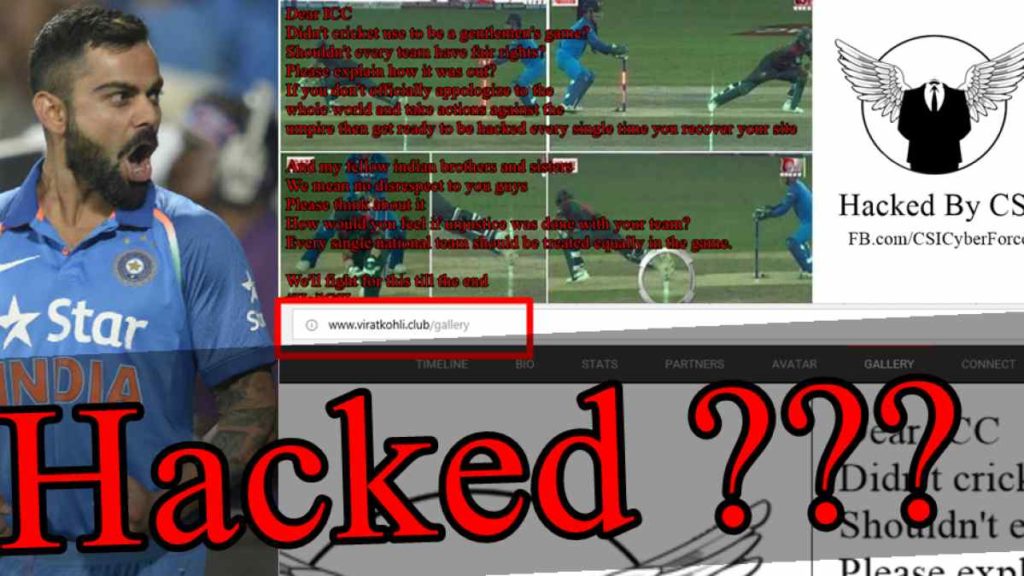 On the same day, CSI on their Facebook page shared a post that Said : “We all know, cricket is the game of gentlemen. But everytime Bangladesh faces injustice and as a protest, Virat Kohli’s official website has been hacked and many more such instances will happen in the future.”

Liton Das, who was in fine touch during the final, was stumped by MS Dhoni on 121 off 117 deliveries. While his dismissal was approved by the third umpire himself, the Bangladeshi was miffed by the decision as they thought the batsman was given out unfairly and his dismissal turned the contest in India’s favour.

In another post shared on the Facebook, the hackers also claimed that the group does not mean any ‘disrespect’ to India but are unhappy with the ‘injustice’ faced by Bangladeshi side. “And my fellow Indian brothers and sisters, We mean no disrespect to you guys. Please think about it. How would you feel if injustice was done with your team? Every single national team should be treated equally in the game,” the hackers wrote. US Securities and Exchange Commission launches investigation against Infosys