Google has announced that the final, version of the newest Android update. And it is available for all Pixel phones today. The newest version is called “Android 9 Pie.”

The company released the first preview of Android 9 for developers back in March, with support for notches and multiple cameras, improved notifications, some design tweaks, AI-powered adaptive brightness, and under-the-hood enhancements.

Android 9 Pie’s headline features are the same ones that we revealed back in May: a “Digital Wellbeing” dashboard, a new gesture-based navigation system, and other AI-enhanced improvements to the UI. It also received many subtle improvements to the overall look of the software, including a new status bar that’s designed to work better with notches.

The official release will not include all of the features that Google announced at Google I/O. The main things that will be missing are the Digital Wellbeing features, including the usage dashboard, app times, and a “wind down” setting for when you go to bed. Instead, those features will be offered as a beta for Pixel users right away. The actual release will come in the fall. Google says “Android One and other devices coming later this year.” One can assume that among the other devices will be the new Pixel 3 phones.

The other missing feature is slices, which allows apps to surface some of their functionality into search. Regarding which Google says that feature will also launch in the fall. 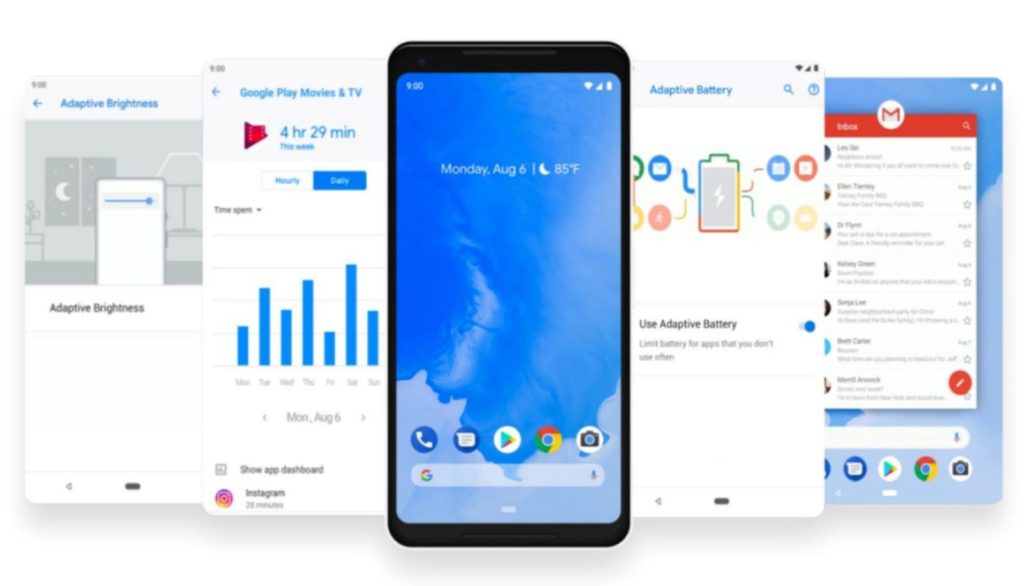 As usual, Android 9 Pie is coming first to Pixel users and will arrive for other Android phones later. However, Google has the potential to finally show progress in its efforts to get other Android manufacturers to update quickly this year. Several manufacturers participated in the Android P beta program, including Sony, Xiaomi, Nokia, Oppo, Vivo, OnePlus, and Essential. If any of them are able to release Android 9 Pie updates quickly, that would be a good thing.

In fact, in its blog post Google said that the devices that were in the Android P beta program will receive the Android 9 Pie update in a timely manner:

Devices that participated in the Beta program from Sony Mobile, Xiaomi, HMD Global, Oppo, Vivo, OnePlus, and Essential, as well as all qualifying Android One devices, will receive this update by the end of this fall. We are also working with a number of other partners to launch or upgrade devices to Android 9 this year.

Most of the features in Android 9 Pie have been well-received in the beta. The system has a more advanced battery management system, which Google says is powered by AI. App actions surface common app actions as buttons in the main Android launcher. Text selection has significantly improved with a magnifier and smart text selection. But the new gestural navigation system has been more polarizing.

If you have a Pixel phone, over-the-air updates should begin rolling out today.