Hundreds and Thousands of farmers, marching as part of the ‘Kisan Kranti Padyatra’, were stopped at the Delhi-UP border on Tuesday, 2 October, with the police using water cannons and tear gas shells to disperse them.

The Congress, along with Delhi CM Arvind Kejriwal and Samajwadi Party’s Akhilesh Yadav, expressed solidarity with the protesting farmers.

The rally has been organised by farmers under the banner of the Bharatiya Kisan Union (BKU). Among the demands raised by them are implementation of the MS Swaminathan Commission report, farm loan waiver, free electricity to farmers and allowing power connections to farmers to run tubewells. A Prohibitory orders have reportedly been issued by the Delhi police in east and north-east Delhi in light of the march.

Slamming the Modi government over the handling of the farmers’ protest at the Delhi border on Tuesday, Congress spokesperson Randeep Surjewala said:

This government has not fulfilled the promises it made to farmers, so it is all but natural that farmers would protest. It is unfortunate and we fully support the farmers.

On Tuesday the police used water cannons and tear gas shells to disperse the protesting farmers, who have been stopped at the UP-Delhi border during the ‘Kisan Kranti Padyatra’. 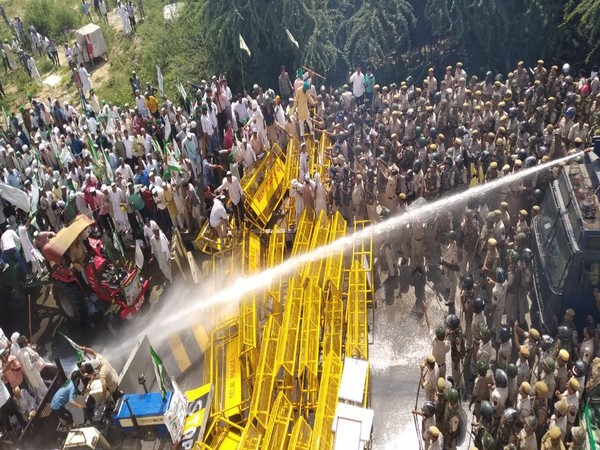